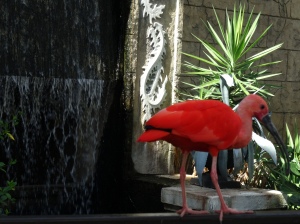 Imagine a flock of stunning scarlet ibis flying overhead, a laughing kookaburra, a frenzy of hungry bats and a drink of tea in a 150 year old Javan house and that’s just a sample of the wonders of Niagara Fall’s Bird Kingdom. 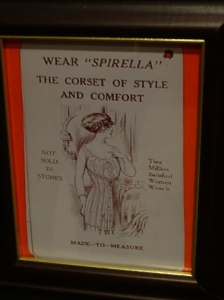 The building where the Bird Kingdom calls home has a long history of over 100 years.  Built back in 1907 it was originally Spirella Corset Factory, then in 1958 it became the Niagara Falls Museum.  One of its mummies was later found out to be King Ramses I after it was returned to Egypt.  Ten years ago the new owners, with a passion for history and animals, created Bird Kingdom where some of the museum pieces can still be seen on display. 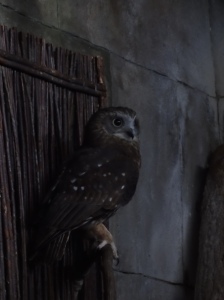 The Bird Kingdom is the largest aviary in the world with over 400 birds representing 80 species and many are considered endangered or threatened in the wild.  There is much to do and see including a chance to feed pretty lorikeets, take in a bat feeding where the seemingly hidden fruit bats explode in an excited and hungry flight for a fresh fruit meal.  The bat feeding is entertaining, to watch them fly around and eat upside down.  The bats, though are not birds, being the only flying mammal, are fitting and can be found in the Nocturnal room.  Here you’ll also meet a cute pair of flying foxes – another species of bat named for their sweet fox-like faces, as well as a pair of boobook owls.  The Nocturnal room is also home to a 1927 airplane that hangs overhead and an interactive dig for artifacts that is great for children.

Another great attraction is the Encounter Room where you’ll meet an assortment of animals from birds to snakes and turtles to lizards.  It’s here that you’ll have the opportunity to hold and or touch one of the amazing animal ambassadors.  One such animal was Sheldon the African spurred tortoise who sauntered around the room with us and was very interested in my friend’s pink toe nail polish.  Another ham, I will say, was their kookaburra who was quite sociable and would perform his loud, laughing call on cue from one of the keepers – truly an amazing sound. 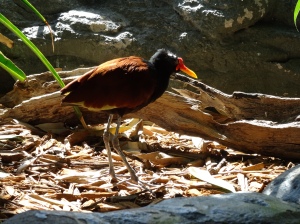 There are two aviaries, the large one with mostly larger birds and then there is the small aviary where you’ll see a variety of small species of birds from the beautiful Chinese painted quail to Java sparrows cuddling together, and a cute pin-tailed whydah with its long elegant tail who was busy taking a refreshing bird bath to village weavers that have woven nests that have downward facing entrances.  I must say the star in the small aviary goes to their wattled jacana, this ‘old man’ as they call him, with his long, skinny legs and balding head is old for the species but is still going strong. 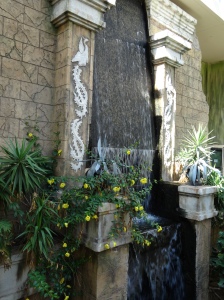 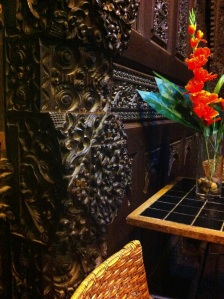 inside the Javan Tea House

The main attraction is the large aviary, home to a plethora of free flying, colourful birds, a spectacular 40′ waterfall, the Javan Tea House and coming soon a new bat enclosure, all in a multi-level rainforest setting lit by a ceiling of skylights.  It is absolutely breath-taking and magical.  Here you’ll encounter a wide array of birds like the green and red crested turacos with their mohawks, a shy silvery-cheeked hornbill, a brilliant blue Victoria crowned pigeon strutting along the path and one of my favourite characters, an inquisitive and cocky silver pheasant.  It’s also in the large aviary that you’ll see the 150 year old Javan Tea House where you can stop and have a cold beverage, check out some of its inhabitants like geckos and a Cuban anole, or simply explore the wonder of the intricate, hand-carved building. 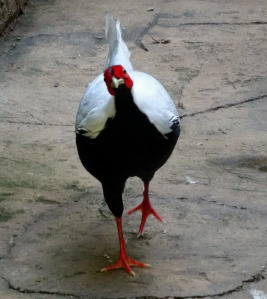 I could have strolled around this paradise for ever but all good things must come to an end.  But one thing is for sure, I will return and highly recommend visiting the Bird Kingdom on your next trip to Niagara Falls.

To see more photos of my visit check out Lady of the Zoos on Facebook!