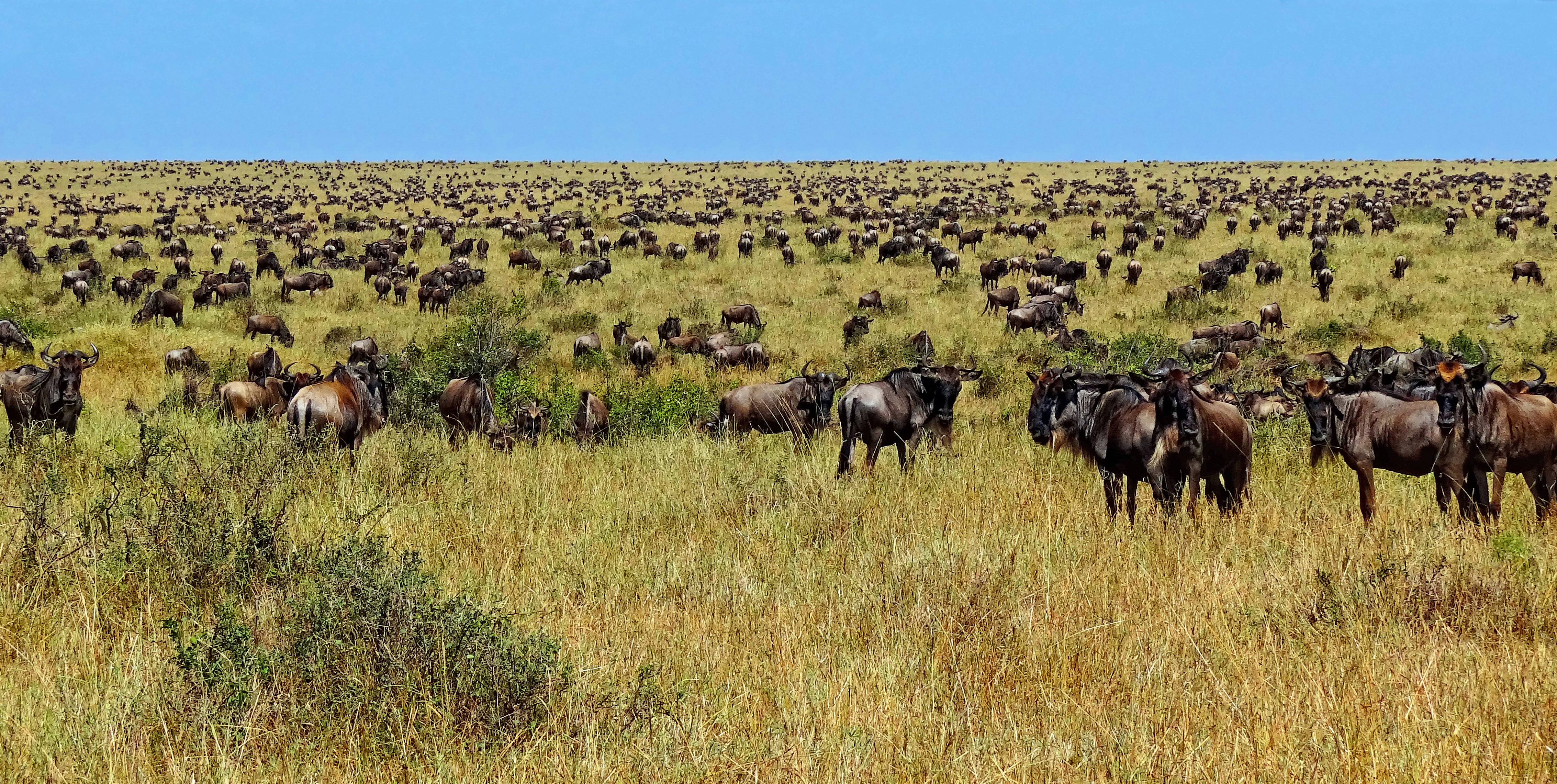 Known as one of the New 7 Wonders of the World, Africa’s Great Migration is a never-ending pilgrimage for over a million animals in East Africa.  From Tanzania’s Serengeti Plains to Kenya’s Masai Mara National Park over a million animals, from wildebeest to zebra as well as gazelle, all make the almost 2,800km trek for food and water.

Perhaps not as well know as Africa’s Great Migration but the Caribou Migration is great in its own right.  During the Caribou Migration the caribou will migrate farther on foot than any other mammal, nearly 5000km each year from wintering grounds to calving areas and back again.  From Canada’s North West Territories to the Alaskan coastal plain, caribou are on the move and travel through some tough conditions. 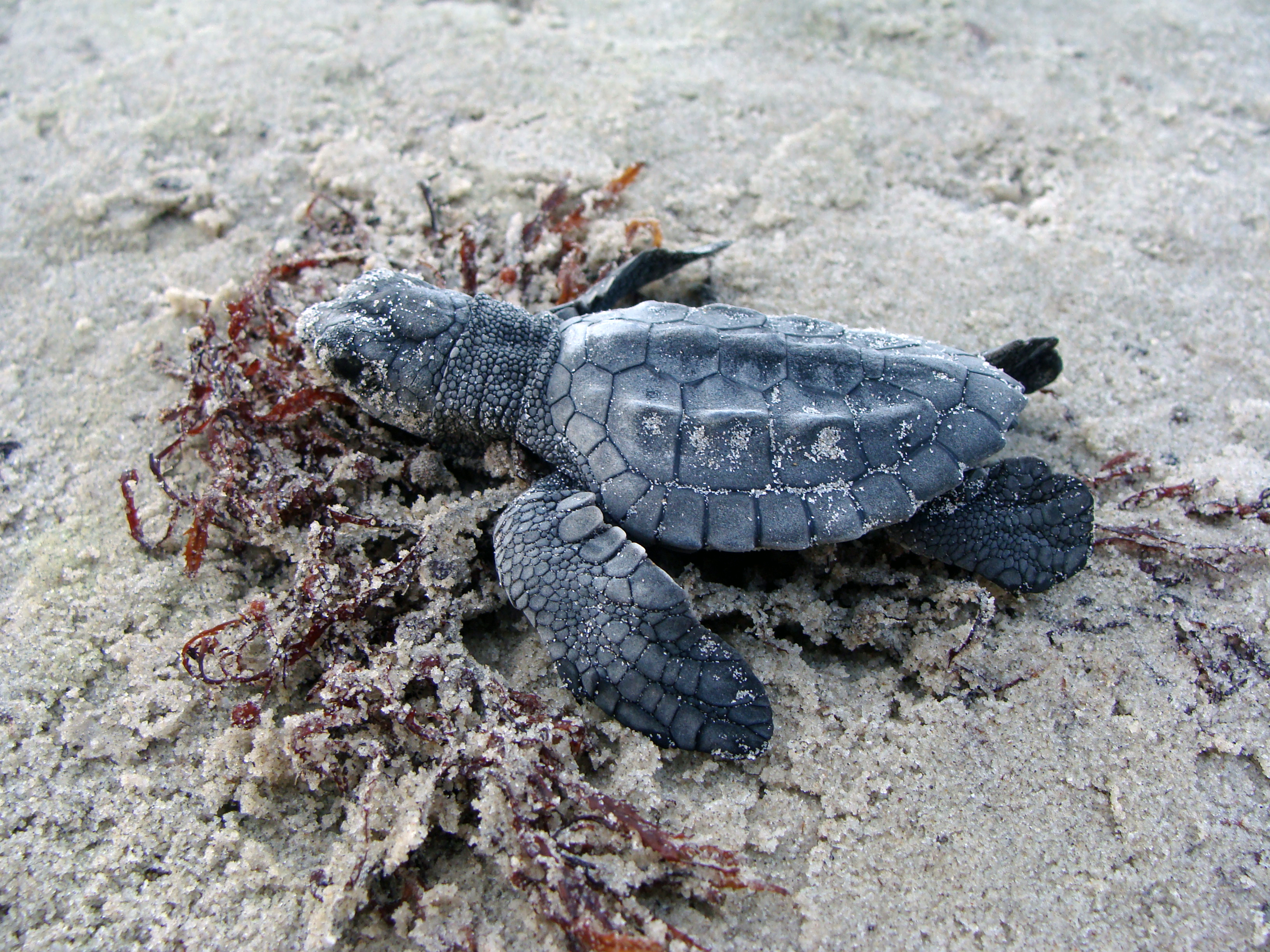 One of the best places to witness this miracle of life is in Costa Rica’s Tortuguero National Park.  The Tortuguero National Park is the most important nesting site is one of the most important across the globe for the endangered green turtle.  Female turtles can lay 100s of eggs but only a few young survive their first year of life.  During March through May you can watch as little sea turtles escape the sand and make the precious journey to the ocean.

Monarch butterflies make the epic journey every year from Canada and the United States to their wintering grounds in Mexico.  Flying approximately 1,700km this epic journey takes four generations of the king of all butterflies to reach their destination in the Sierra Madres. The sight of 100’s of millions of Monarchs fluttering in the fir trees high up in the hills of Mexico’s Monarch Butterfly Biosphere Reserve is breathtaking.

One of the tallest and heaviest penguins, the emperor penguin is endemic to Antarctica and touched the hearts of many in the movie March of the Penguins.  In this movie you got to see first hand the amazing struggle that is the life of the emperor penguin.  Gathering near the coast every year for breeding season hundreds of these penguins meet for what will begin the struggle of life and death.  Females lay one egg and pass it off to the male to incubate while she returns to the oceans to feed.  The males gather together in a huddled mass for 2 months (until the eggs hatch) to help protect themselves (and their precious cargo) from the severe weather of snow, frost and bitter wind, each taking their turn on the outside of the mass.  Could you imagine this sight? Hundreds of penguins all striving to stay alive yet also protecting each other – that is astounding!

Africa boasts another amazing migration this one in the air!  Every year 8 million straw-coloured fruit bats take to the skies to migrate to Kasanka National Park in Zambia.  There they’ll gorge themselves on the fresh fruit trees, eating up to twice their body weight every night.  While many of these migrations have been on land, the straw-coloured fruit bat migration is supreme in its own right for when that many batting wings take to the skies and head for one place it is bound to be an unbelievable sight to see.

8. Spotting tigers in the wild

Tigers are one of the most endangered species on Earth with only 6 of the 9 sub-species still surviving.  Not only is it rare to see them in the wild, due to their illusive nature and scarcity, but also because of their expert camouflage.  Their orange and black stripes appear to blend in to the tall straw-coloured grasses in India, making it almost impossible to catch a glimpse of.  India has some 2,500 tigers spread out over 40 National Parks but the most popular park to see them in is Ranthambore National Park during April through May.  Spotting one of these beautiful and majestic tigers in the wild is a memory that will last forever.

By Carine06 from UK (Mother and baby Uploaded by russavia) [CC BY-SA 2.0 (http://creativecommons.org/licenses/by-sa/2.0)%5D, via Wikimedia Commons

9. Mountain Gorillas in the wild

With less than 800 mountain gorillas left in the wild, this critically endangered species is a must for wildlife explorers to see in the wild before it’s too late.  Found only in the mountains of Rwanda and Uganda, you are able, for a price to see these amazing creatures at a distance after a trek up to find them.  A chance to witness this precious and critically endangered species in the wild will fill your heart with joy.

In Chengdu China you can have an encounter of a life time with the endangered giant panda.  At their Dujiangyan Giant Panda Center you can pay, but make sure to book far in advance, to be dressed in protective medical garb (for the protection of the pandas – not yours) and get up close and even hold and feed a baby giant panda.  It’s not every day you can have a wildlife experience of a lifetime like this!

Have you ever had one of these wildlife experiences?